His Holiness Jagadguru Sri Shivarathri Deshikendra Mahaswamiji visited the Statue of Equality (Ramanuja Statue) at Muchintal, Hyderabad. His Holiness Swamiji interacted with HH Tridandi Chinna Jeeyar Swamiji, who proposed the inception of the Statue of Bhagawad Ramanujacharya to propagate the concept of equality.

The Statue of Equality is a sculpture dedicated to Ramanujacharya, an 11th-century Vaishnava saint, who promoted the equality of all. It is a Panchaloha statue and the second-largest sitting statue in the world. 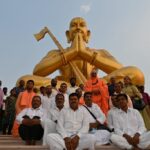 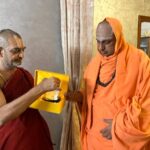 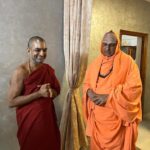 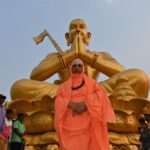